The most fun I've ever had with my pants on 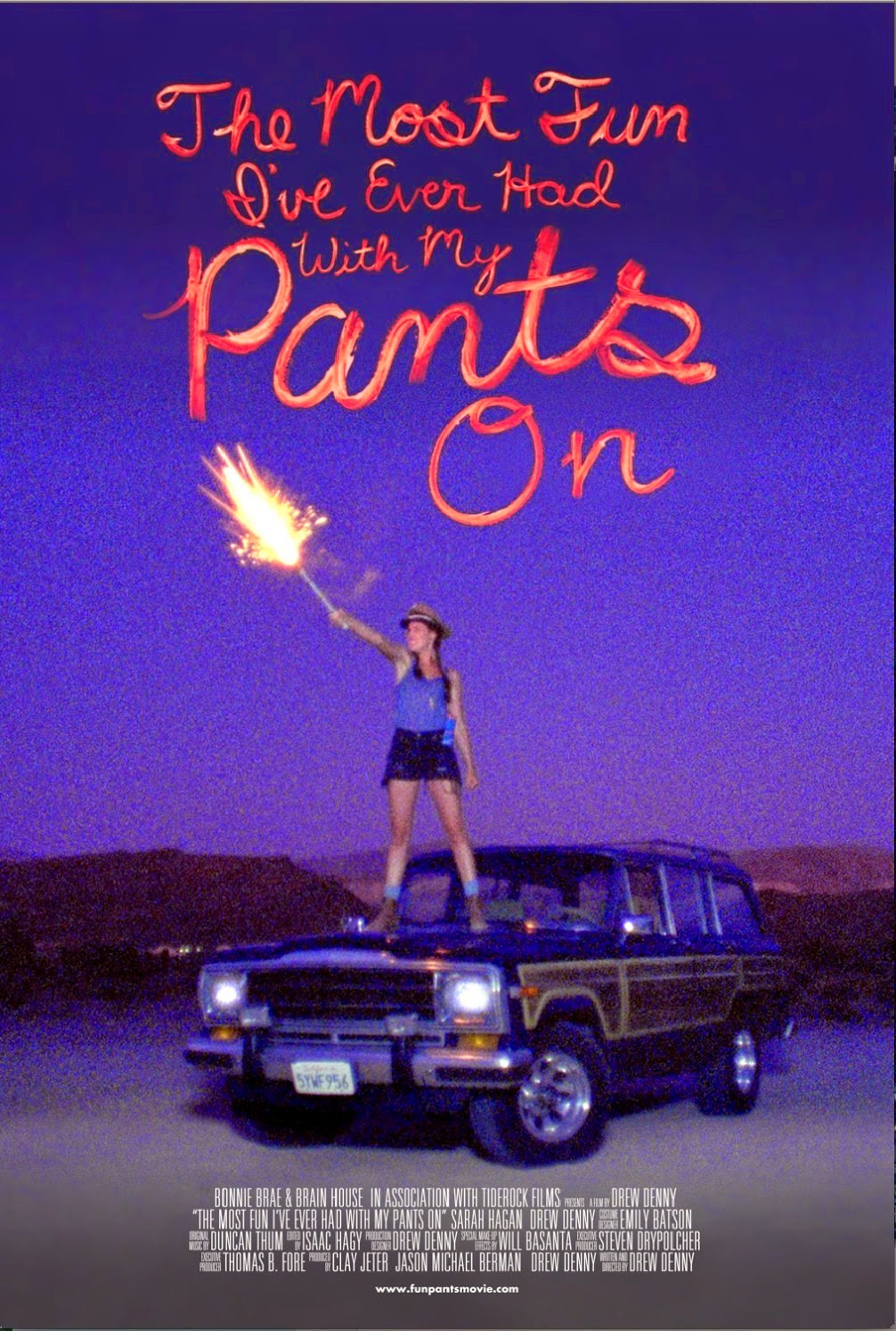 A year ago I did an interview with the director, musician and actress Drew Denny. She told me that her favorite part about doing something for the first time is having no idea what she should be afraid of. She talked about her directioral debut The most fun I’ve ever had with my pants on,  a comedy about Andy (Denny) and her childhood friend Liv (Sarah Hagan) taking a road trip to spread Andy's father's ashes. The film is based on Denny's life and her father's death. The title of the film is derived from a quote by Denny’s father. He once said that "Killing someone is the most fun I've ever had with my pants on." 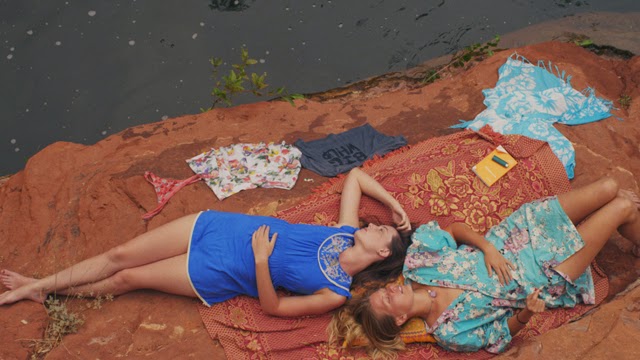 The travelers are driving from Los Angeles to Austin and at various points they spread Andy’s dad’s ashes. The ashes is actually the real stuff, some is Drew’s dog’s and some is her father’s. At one point the heavy wind makes the ashes fly right back at the girl’s faces. Andy looks at LIv and says ”I think I just ate some of my dad!” The humor in the film is quite dark! At some other point Liv is talking to Andy, saying ”I didn’t know your mom lived next to a cemetery” and Andy replies ”At least she finally gets along with her neighbors”.

When they arrive to Austin the plan is to meet up with Andy’s mother to give whatever’s left of the father’s remains to her. Liv also has an audition in Austin, for the role of a vixen spy! During their journey the two girls keep rehearsing the audition scene over and over. Pretending to be spies. Of course it’s a story of someone’s loss but it’s also a story about female friendship. The girls are total opposites, Liv is quite shy and Andy is rad and more extrovert as a person, more risk-taking. Liv asks Andy, ”How can you laugh so much when you’re so sad?”. Andy has an tendency to laugh at everything but maybe it’s her way to hide the pain. 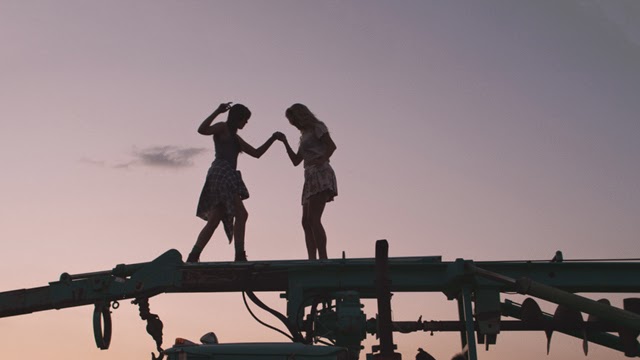 I remember watching Stand by me as a kid and I always wished, watching the same scenes over and over again, that I could have friends like that, that kicked my heart out for risky adventures. They walked along the train tracks and it seemed like such beautiful thing to do. I get the same feeling while I’m watching Denny’s film. The girls are making sand angels, cross-dressing, skinny-dipping in the sea, performing mini-funerals in beautifully landscapes and shooting fireworks in the middle of the night. It makes me want to do the same things at the same places. The film is beautifully shot and very well-acted. As in several other road movies, the journey is more important than the destination. It’s also a pleasure to listen to the movie, the soundtrack is wonderful and becomes a part of the story.

When Andy is projecting a video of her father singing ”Swing Low” onto a sand dune something melts inside of me and I believe that this is one of the best films I’ve seen in quite a while. It doesn’t tell us everything but you get to fill it up with your own meaning.

Here you can read my interview with Drew Denny.