"I don’t feel responsible to be a role model" 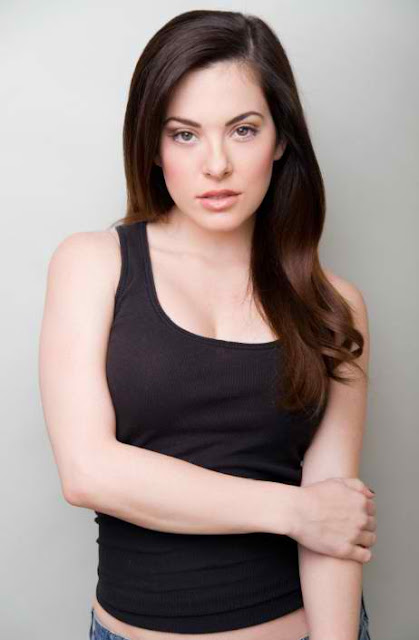 What drew you to the project?
- I think the first thing that drew me to the project was getting to work with Roger Corman. It’s an experience and opportunity to work with the man who created the B-movie genre and has given independent film a rich history. I knew it would change my life and couldn’t let the opportunity slip through my fingers!

How was filming 3D?
- Working in 3D was really exciting ,but extremely time consuming. As if being on set isn’t enough pressure, you have this 3D camera with a mind of its own! It’s a massive piece of equipment that can overheat and it has two lenses. It’s another element to add to the experience. I really loved the challenge. It was also fun knowing that we were making a 3D movie for TV. I thought it was cutting edge and a bit risky for EPIX. It was also Roger Corman’s first time with 3D, so that made it even more fun!

What can you tell us about your character Brittany Andrews?
- Brittany Andrews is an incredible villain! She’s captain of the ICU cheer squad, president of Zeta Mu sorority, and head bitch in charge! She doesn’t care about anyone other than herself. She has ‘little woman’s syndrome’ and a serious attitude! She’s pretty much the evil nasty bitch you love to hate!

How did you feel about the nudity you had to do in the film?
- I really didn’t feel anything about it. It’s a running joke in my family that I need to put some damn clothes on! I’m a rebel and a rule breaker at heart. I never have understood the American perspective on nudity. I work really hard to stay in shape and have no problem showing my body off. I know it offends a lot of people that I feel this way, but it’s the simple truth. It doesn’t define or change who I am. Comedy is about pushing the limits and  and that’s what its all about in this film. Roger Corman is a Hollywood rebel. It’s a film set, so it’s really a professional environment too. It’s probably a lot less wild than people imagine! I was also really excited about playing Brittany! Nudity was what the role required. Plus, I don’t feel responsible to be a role model. Some people really enjoy being bad!

How was it like working with Sean Young and Treat Williams?
- Such a surreal moment in my life! I got to spend a lot of time with both of them on set. I really just kept my ears open to all of their wisdom. Sean gave me a lot of advice on the industry, making good choices, and being a strong woman. Treat and I really bonded about our love for the work. He’s a guy who done it all and he still loves the work so much. He was hysterical in the film and it was just such an honor. 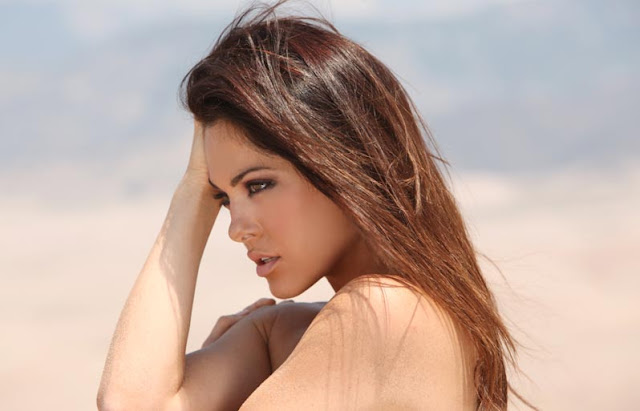 You’re both an actor and a model, and you sing to! When did you start singing? Do you have a specific goal with your music?

- I have been singing my entire life. I actually moved to L.A. with music as the ultimate goal. As I’ve gotten older, I have realized how much I truly love both. With acting I am playing someone else, with music its far more personal. I think all art is driven by human emotion and experience, which is why I love it so much. I am working on my first full-length album right now in L.A. with producer Joey Sykes at Purple Virgo studios. Ultimately, I would hope to become a full time touring artist.

- I was on stage for the first time at 8 months old. My mom was a dance teacher and she just sort of threw me up there. I grew up on the stage doing plays and dance competitions. I sort of see my career as a journey home back to the stage. There is nothing like performing for a live audience for me. It would be the greatest reward of my life to get to share my music and energy with people in that way. Personally, that would be the greatest platform I could experience as an artist.

What can you tell me about the live show you hope to launch in Las Vegas?
- I can’t say much at this point because we are still working out the details on if it will in fact be a live show or full length feature. It’s a project that was off Broadway for many years and would be an interactive comedy/musical experience. It will bring together all my talents and passions. It’s incredibly challenging to produce your own projects , but it’s something that I’m hell bent on doing. I sold my first pilot ‘Love Scout’s at 22, I was inspired by Sandra Bullock who produces most of the films she does. I have a ton of other treatments/scripts I am working on. I hope that it will be something that people will eventually expect from me.

What other projects do you have coming up?
- I currently have another film in post production. I can’t say much ,but it’s a parody film by director Craig Moss (Bad Ass, Breaking Wind). It was the most challenging role I have ever done because I am parodying Rooney Mara as The Girl With The Dragon Tattoo. I probably took it way too seriously, but I grew up idolizing Anna Farris. She got her start in parody films and I wanted to also do Rooney Mara justice. I really had an incredible time on set and I hope to be able to share more info about it soon via my home page and my twitter!